Home  /  News   /  ARE YOU CULTURALLY INTELLIGENT?

ARE YOU CULTURALLY INTELLIGENT?

Cultural intelligence has become a key instrument for success of businesses and corporations in this globalized world. “Big problems can no longer be solved by just one individual, one culture, or even a continent,” writes the inclusion experts firm E.W Group. “… (Leading) collaboration across borders is essential for effective problem solving” add the British experts.

But what is the border between these two intelligences? First, let’s begin to understand what cultural Intelligence is.

Cultural intelligence or CQ (for culture quotient) could be the corporate theme in vogue. It is the ability to interact with other people from diverse cultures in a positive and effective way.

Cultural intelligence may require empathy for others and an understanding of how people’s values, beliefs, and behavior correspond to their culture and background.

Let’s remember what culture is

Cultural anthropology defines culture as the way people think and behave and what defines their existence, from knowledge and beliefs to customs and values.

While emotional intelligence is the ability to identify and manage or regulate our own emotions and identify the emotions of others and respond to them positively, among other skills, cultural intelligence is the ability to identify the different characteristics of a person and those they have in common with a certain group and recognize the differences to find what behaviors are the result of their culture.

Cultural intelligence and emotional intelligence share an important element, according to psychologist Daniel Goleman, and it is the “not judging, and thinking before acting” thing.

Although if parameters can be created to improve skills and abilities to increase cultural intelligence, some experts say that unlike IQ, CQ cannot be quantified with numbers or scores, or at least not yet.

Unlike other aspects of personality, cultural intelligence can be developed and improved in psychologically stable people and professionally competent people, experts claim.

According to an article by Christopher Earley and Elaine Mosakowski, a person with a high cultural coefficient takes less time to understand behaviors differentiated by culture than a person with a lower CQ.

The new population of the United States

THE NEW POPULATION OF THE UNITED STATES — LOW GROWTH, RAPID AGING, AND A YOUNG DIVERSITY

WE ALL HAVE AN OPPORTUNITY NOW TO BUILD A BETTER WORLD! 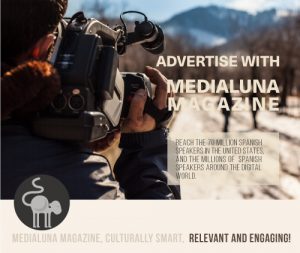